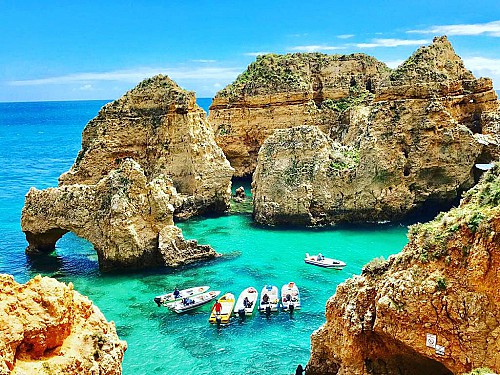 Portugal will definitely tax income from exchanging and selling cryptocurrencies. But at least for now, the legislators rejected two bills that sought to tax the cryptocurrencies. Let's look at the possible consequences of the new tax on the Golden Visa and the Non-Habitual Resident schemes.

In Portugal, two leftist parties, the Livre and the Bloco, presented the bills in the Parliament (Assembleia da República) in May. Meanwhile, the governing Socialist Party also plans to introduce a new tax on e-money. Fernando Medina, the Minister of Finance, announced that Portugal would tax income from crypto like the other countries.

"There can be no "gaps" that allow capital gains to be obtained without "taxation", as happens in other types of transactions", said the minister in the Parliament.

Portugal is a tax haven for crypto investors and businesses. There is simply a missing law regarding the taxation of these businesses and individuals since 2016. Meanwhile, the capital gain tax on other financial investment types is 28%.

It's not a coincidence that Greece's Golden Visa took over the Portuguese Golden Visa as the most attractive European residency by investment program. Portugal changed the residency scheme and no longer allowed wealthy investors to purchase property in Lisbon and Porto's previously most famous cities and the Southern seasides. On the other hand, the other attractive issue for the investors was the tax exemption of the crypto. Now, living in Portugal is excellent, the quality of life is high, and the successful applicants of the Golden Visa Program can become EU citizens after five years. Moreover, they do not have to live there to qualify; residing is enough. But Portugal is a tax hell. Hundreds if not thousands of crypto investors arrived there because of the lack of taxes. If the government introduces the new burden, they will move away very fast.

Portugal crypto tax and the NHR

The NHR (non-habitual residents' tax scheme) is the Portuguese tax incentive to attract high-skilled professionals. Under the current system, their foreign-sourced income is tax-exempt (if it's taxed elsewhere and their locally-sourced income is taxed at a flat 20%). Nobody believes in tax justice as it can not exist, but, strangely, foreigners can pay less tax than the country's citizens. Moreover, suppose the new tax will align with the existing capital gain tax regulations. There will be an even more significant difference between high-skilled foreigners and regular citizens and residents. It is out of the question for this to remain so in the long run.

Discus Holdings Ltd is one of the most traditional companies offering residency by investment programs in the European Union. Ask for consultation here if you need to plan your tax jurisdiction and place of residency related to your cryptocurrency investments.