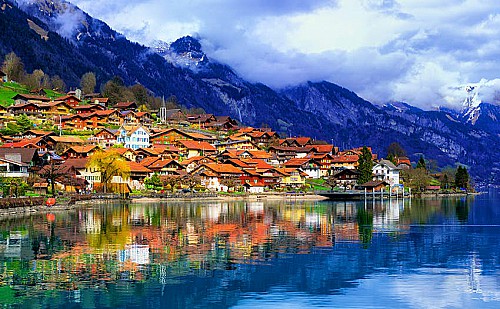 It's not a coincidence that living in Monaco as a tax-free resident is not the cheapest option but, of course, has its great perks. But what about prices in the locations of the other citizenship or residency by investment programs?

Mercer issues the most famous and accepted comparison regarding the cost of living; this list contains cities and not countries. Meanwhile, Numbeo has country comparison as well. But this project is based on the information from the users and can't be so complicated as Mercer's annual publications. However, we can find the right information about the jurisdictions with citizenship and residency by investment programs compared by the two lists.

Let's take a look first at the countries with residency by investment programs.

Switzerland and Luxembourg are among the ten most expensive countries, followed by the Bahamas, Australia, Ireland, Barbados, and France. All of these countries have well-known, and we can even say traditional residency by investment programs. The small Caribbean islands offer their schemes to settlers, who want to live on those islands, but we can't forget the tax advantages. If you're going to live on a beautiful, but not cheap tropical island and pay less, then be prepared for the expensive cost of living as an investor resident. On the other hand, Luxembourg, Ireland, France and Switzerland attract investors with a high quality of life and access to the European Union and the Schengen zone. Ireland, Switzerland and Luxembourg also grant tax benefits for their wealthy residents.

Which are the most expensive countries and the cities with a citizenship by investment program?

On Numbeo's list, Austria (24.) and Malta (25.) are the most expensive countries with citizenship programs. With its 81st position, Montenegro is considerably cheaper to live than in the other European countries with CIPs. According to Mercer, Dubai of the UAE is the 22nd most expensive city in the World, followed by Cyprus' Limassol (161!).

Please, note that the Caribbean island nations with passport schemes were among the most expensive locations. However, in 2020, not as a single city from St Kitts and Nevis, Antigua and Barbuda, Saint Lucia, Grenada or Dominica are among the most expensive 200 towns! In the meantime, these charming countries became real locations to settle and not only issuers of valuable passports, which guarantee travel freedom.