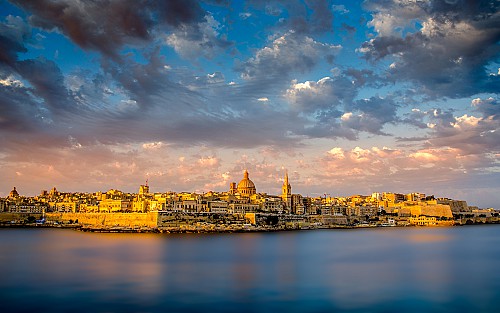 The number of Maltese passports issued under the Individual Investor Program is close to reaching the initially defined cap. Meanwhile, the EU asked Malta to "move away" from the passport scheme. It's the right time to apply for EU citizenship before the amendments!

"Citizenship is a matter of member state competence. However, the Government of Malta remains open to ideas that could further improve the program," announced the Maltese Government their answer to the European Commission.

According to the official IIP site, the Maltese passport scheme will continue: "The Government of Malta will launch a revised programme once the current maximum limit is reached. This decision follows discussions the Government engaged with European institutions, and shall proceed with stakeholders who reiterated their belief in such a programme."

The Government also informed the EU and the public, that they intend to launch a "revised" IIP scheme once the current one reached its capacity.

The original maximum number of investor immigrants was 1,800, and this limit is closing fast as there are less than 200 slots for new applications left.

Discus Holdings Ltd is an official agent of the Maltese Citizenship by Investment Program (IIP - Individual Investor Programme). If you would like to become a Maltese citizen, under the original regulations, before the Government introduce the revised passport scheme, then apply now!

You can find here all the detailed information of the Malta Citizenship by Investment Program!

How can you get a Maltese passport?

The Maltese Individual Investor Program is one of the most modern and advantageous passport schemes. The EU Member State's citizenship allows you to live, work or study in any country in the European Union. Also, the Maltese citizens foreign-sourced and not remitted income is tax-exempt.

How much is the investment for the Maltese nationality?

Who can become a Maltese citizen through investment?

Naturally, you as an investor. Your spouse and your children up to 26 years. Besides, your dependents (parents, grandparents) of the age of 55 years can also obtain the Maltese citizenship.

Do you want to start the Maltese naturalisation process? Ask here for a free consultation!