Does Cyprus offer the strongest passport? 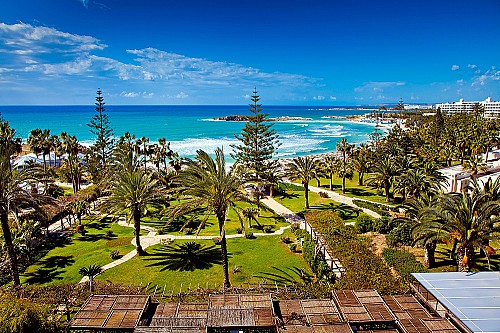 Among the countries with Citizenship by Investment Programs, Cyprus offers one of the strongest passports. It allows its holders to enter 166 countries, including 122 visa-free and 44 by obtaining a visa on arrival.

All the sovereign countries which offer citizenship in exchange for investment are developing their visa policies naturally because the travel of freedom is one of the most crucial issues to invest in a new nationality and travel document.

Let's take a look and compare the number of visa-waiver agreements on the citizenship market!

According to the Cyprus Property News , their travel document reached the position of the eight on the list; its holders can visit now 166 countries, 122 visa-free and in 44, the Cypriot citizens must pick up a visa upon arrival.

However one ranking still lists it as the ninth most powerful passport and it is on the 14th place in a third comparison.

What about Malta, Cyprus' most popular competitor on the EU citizenship market?

The other Mediterranean island nation's passport is a more than util document. It allows you to enter 170 countries and including 46 states, where you will need to pick up a visa upon arrival. It looks like that malta's travel document is even stronger than the Cypriot passport, it holds the fifth place, sharing the rank with Norway, Greece, Belgium, France and Sweden. Greece also plans to launch a citizenship by investment program.

The third European citizenship through investment program in Montenegro started last year and it's passport on the 39th place let you visit 124 countries visa-free.

Albania also considers to introduce a citizenship program, but its passport only allows the holders to enter only 116 countries, and it is not the most attractive position (46.).

Meanwhile, the Caribbean countries with CIP schemes all increased the number of visa-free countries for their citizens.

Vanuatu's citizenship program was one of the best selling such schemes last year; the most affordable second citizenship attracts clients with visa-free entry to 130 countries.

The other newcomers' passports should strengthen a little bit to attract applicants who want to use their citizenship to travel. A Turkish passport allows you to visit 121 countries, and Egypt's travel document lets you in 60 states.

Do you need second or dual citizenship and a util passport for travelling? Ask a free consultation from Discus Holdings' experts to know your best options!