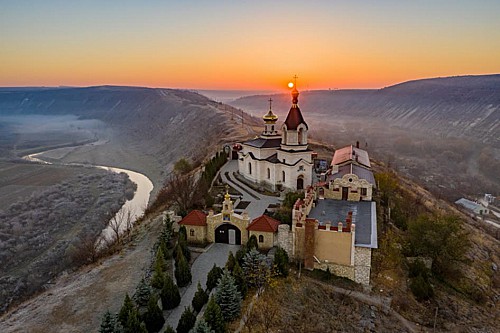 The Government of Moldova decided to hold forth the moratorium on accepting applications for the Moldovan citizenship by investment program. The decision will come into effect still in 2019, according to the Info Tag.

The Minister of Economy and Infrastructure, Anatol Usatii reminded that in July, the Parliament adopted the law on a four-month moratorium. According to the law, the government has the right to extend the prohibition's time frame before the moratorium's terms expire.

"Given that the checking of the program of citizenship for investments has not been initiated so far, it is proposed to extend the moratorium for two more months, to have the possibility to take the final decision on the program. Over this period, the competent authorities will assess the possible risks for public order and state security, the risks of corruption and money laundering", said the minister. According to him, only after getting reports from the different related authorities, the commission on assessing the applications for naturalisation by investments will present the final report with recommendations and conclusions.

The Moldovan Citizenship by Investment Program was launched in 2018. The required "investment" was a non-refundable contribution to the Public Investment Fund. The minimum amount of the donation was 100,000 euros for a single applicant and this option made the Moldovan program the most affordable European passport scheme. Obtaining the citizenship of Moldova through investment took only three months, so the program was not only the cheapest but also a fast solution for High Net Worth Individuals.

There are four active European Citizenship by Investment programs in Europe. Malta and Cyprus are Member States of the European Union, the related advantages explain the higher amount of the qualifying investments. On the other hand, Montenegro and Turkey offer more affordable passport solutions. As Montenegro intends to join the European Union soon, it worth to take a closer look at the program. Notice, Discus Holdings is one of the only three official agents of the scheme!