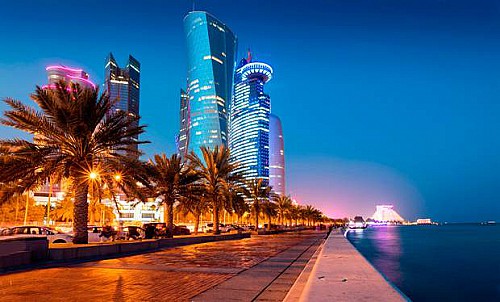 The government of Qatar announced that investors could apply for the residence permit for the first time, according to the Gulf Times.

The necessary amount of investment for the residence permit is not precise yet, the foreigners must invest "an unspecified level Non-Qatari capital in the economy", according to the AFP news agency. The successful applicants will obtain a renewable residency permit for five years.

Under the new law, foreign real estate developers may also apply for the resident status. Before, the investors who applied for the residency of Qatar had to be sponsored by a local business or individual to qualify.

The political turmoils in the Gulf region changed the economic policies of the country. The world's largest liquefied natural gas exporter reformed its legal system to secure new revenues for the country. For example, the legislation changed in the first month of 2018, so foreign investors can have 100 per cent ownership in most sectors of the economy. (the aim is is to boost the non-energy revenues as well). Before 2018, the foreign investors could own only up to 49 per cent of the companies listed on the country's stock exchange.

Qatar's residence permit is a precious document. The State of Qatar is a modern, Western Asian country located on the small Qatar Peninsula, occupying a small part of the Arabian Peninsula. It is a constitutional monarchy, and its population is 2,6 million.

In early 2017, only 313,000 of the residents were citizens, and 2,3 million expatriates are working there. It is crucial to notice that Qatar has the highest income per capita in the world: 128,702 USD. According to international organisations, Qatar is the "most advanced Arab state for human development". This country owns the world's third-largest oil and natural gas reserves.