Namibia citizenship and residency by investment programs are coming 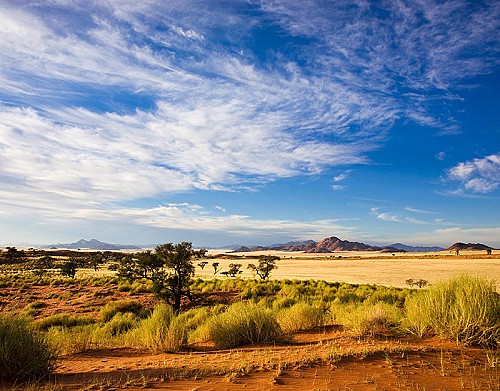 According to The Namibian, the government plans to offer citizenship and residency for foreign pensioners in exchange for an investment in "Namibia's failing economy".

Allison Hishekewa, the director of citizenship, passports, visas and permits from the Ministry of Foreign Affairs, revealed the plan during a consultative workshop. The High-Level Panel on the Namibian visa requirements took place during the "Economic Summit" of 2019.

Hishekawa told at the event that the government decided to offer different solutions for foreign pensioners to obtain residence visas with easy access. Another official project is to extend the validity of the working visas (employment permits) from the actual two years to a minimum of five years.

"We are not inviting all retirees, because some are struggling. We want those who can sustain themselves and ones who can make a positive contribution to our economy. We are not looking for pensioners who will burden us; we don't want that," said the director.

Because of historical reasons, most foreign pensioners came from Germany to relocate and retire in Namibia. Hishekawa stated that the government wants to attract retirees, they will use qualification criteria they chose the qualifying applicants. Their decision will depend on the significance of the investment and job creation of the projects.

How to qualify for Nambia citizenship by investment program?

The pensioner must be of a good character, must to adapt to the local culture and can't work or start a business, which is similar to the local solutions. The necessary amount of investment for the citizenship and residency by investment program of Namibia is unknown.

The Republic of Namibia is an African country between South Africa and Angola, bordering the Atlantic Ocean. Namibia's population is a little bit more than two and a half million people. Its capital is Windhoek. The local economy is closely linked to South Africa with the Namibian dollar pegged one-to-one to the ZAR (South African rand).