How to get Austria residency? 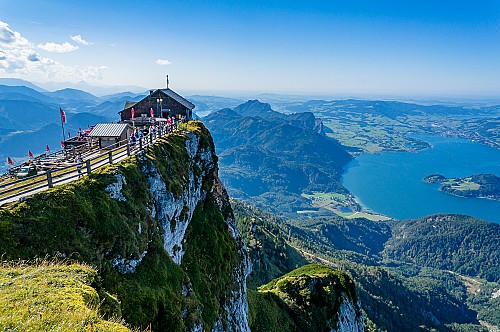 The Austrian residency for financially independent persons program is one of the most accessible immigration schemes to get the right to live in the beautiful and rich Central-European country.

The residency scheme of Austria for financially independent applicants is not a real residency by investment programme.

Advantages of an Austrian residence permit for not EU citizens

- You and your family members can live in Austria and stay anywhere in the EU Schengen zone visa-free.
- Family members of the primary applicants can also become residents of Austria, including the dependent adult children as well.
- As you don't have to stay more than 183 days per year in Austria, you don't have to become an Austrian tax resident, and you can choose low or even no tax jurisdiction to become a tax resident there.
- The Austrian immigration scheme allows the applicants to become later permanent residents and citizens.

How to apply for the Austrian residency?

There are four primary requisites to become an Austrian resident as a financially independent applicant:

1. The principal applicant must deposit at least 400,000 euros in a local bank. Another solution is to deposit at least 20,000 euros for each adult family members (including the applicant) and 10,000 euros for each dependent child. The prove of a stable monthly income of 2,000 euros is also a must.
2. A permanent address can be achieved through a real estate purchase or rental contract in Austria.
3. A clean criminal record and an attested document from the health authority are also needed.
4.Basic knowledge of the German language (A1 elementary level is enough)

Where can you live in Austria as a financially independent resident?

The Austrian government set quotas for the different territorial regions of the EU Member State. For example, Vienna, the capital attracts most of the foreign candidates, and more free slots are available in lower Austria and some other regions.